This was in recognition of his contribution to generating employment opportunities through his work and provide employment to unskilled female workers.

Mr. Agrawal has provided employment to more than 3,500 unskilled workers through his factories in Dewas Naka, Rampipliya, and Kshipra areas of Indore. The majority of these workers are female. The employment opportunity generated by the factories has supported the local workers to find jobs nearby so that they don't have to travel long distances for work.

Mr. Prakash Agrawal has made along journey from being a salesman to now owning one of the largest Agarbatti companies in the world. Despite all obstacles, he has made a mark in the industry. He has proved that the realization of one's dreams is possible when one is determined, faith-filled, and committed. 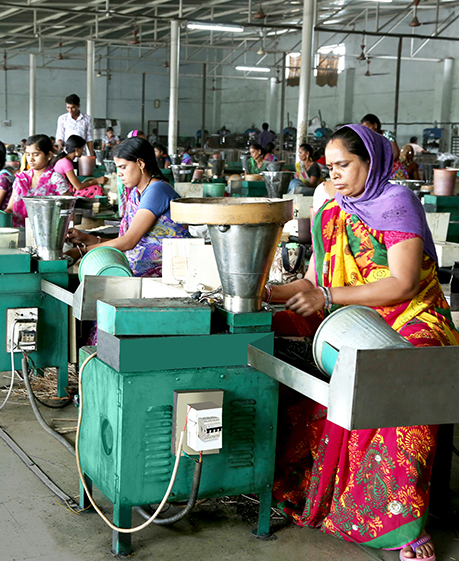 He started his journey from a garage in his backyard, registered the company under the name 'Mysore Deep Perfumery House’ in 1992. Making popular scented Agarbattis and selling them took him five to six years to establish himself in the market. To expand his business, he rented a new building. He then invented Zed Black, which became an instant hit and increased company’s presence in the domestic market.

The journey of Mr. Agrawal shows how hard work and belief in self can take one a long way!